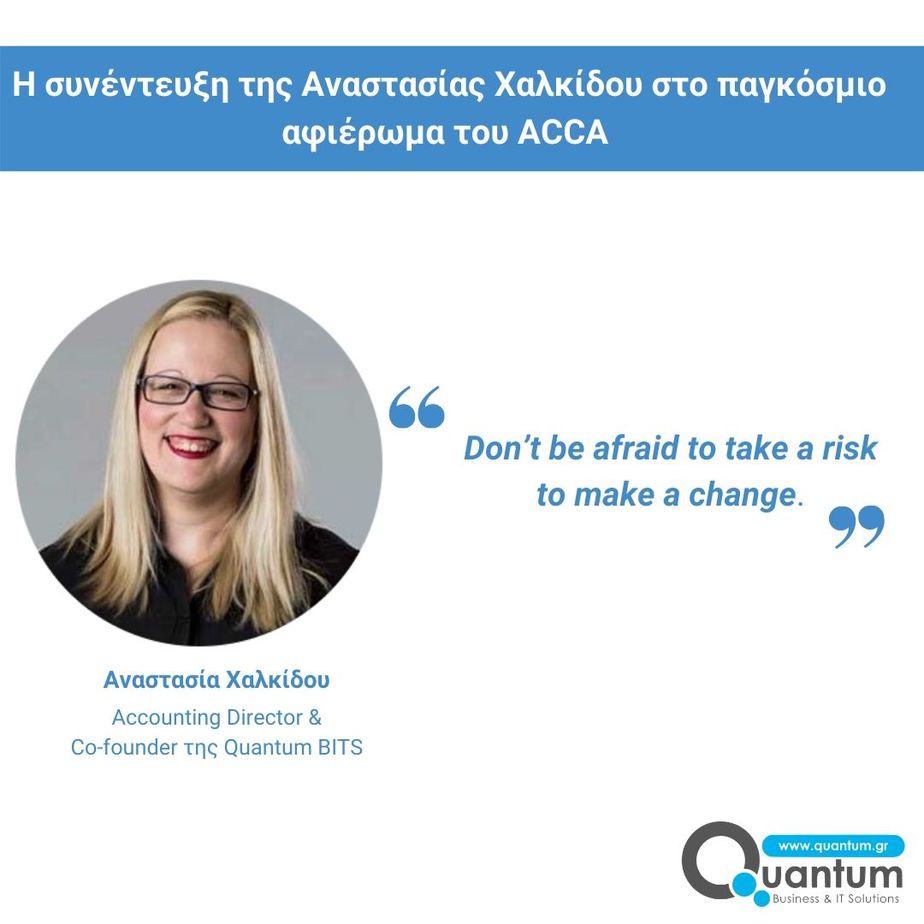 ‘I’m wearing all my previous hats’

Sometimes it can be hard to make sense of a life in which one takes on different roles, and a career in accountancy often leads to such a life. Anastasia Chalkidou’s CV is a bold and graphic one-pager that spells out in a few hundred words her vision, values and achievements. As co-founder of IT and accounting consultancy Quantum Business and IT Solutions, she believes she is now bringing all her experience to bear.

‘I’m wearing all my previous hats’, she says. Her first ‘hat’ was that of a junior accountant at a furniture and umbrella company, which she took on while simultaneously studying Accounting and Finance at Athens University of Economics and Business.

This was partly for financial reasons, but there was also a practical side. Even though working ‘flexible’ hours took up much of her spare time.

‘I didn’t want to wait to see what there is to do in the accountancy profession, I wanted hands on experience of what I was reading in the books. There was a production department as well as a sales department, and as part of the imports-exports of the products there were international exhibitions as well, so I was already dealing with international trade and learning about the European Union and intra-community transactions’.

At the same time, she was excited by her studies.

‘I loved accounting. I love the way it is structured, and I really love the social impact that we can make as accountants’.

When Anastasia began her career, the Big Four had recently launched graduate programmes and she was part of the first wave to join PwC that year.

‘I liked my studies with ACCA, but I realised there was a lot to learn and I had to devote proper time to it. And it’s not only technical: it’s also a leadership skills qualification, a qualification that provides you with a 360-degree view of the profession and an international perspective’.

She found work in one of Greece’s ‘big four’ systemic banks, in a department dedicated to International Financial Reporting Standards.

‘I have realised since my studies that this was something new and very interesting that will bring radical changes’, she said. ‘So, I decided to devote a bit more time to it’.

After completing the ACCA Qualification – and getting married – she and her husband decided it was time to broaden their career horizons, particularly as the economic situation in Greece was worsening.

‘It was time for a change. I had been an auditor and a preparer of financial figures, now I wanted to go back in the process and see how all these regulations and standards that we had to apply had become a body of laws’.

A lobbying role came up with the Federation of European Accountants (now Accountancy Europe) in Brussels.

‘I was entering an industry I didn’t have a clue about, but I had ACCA on my CV, which is a huge brand to carry with your name. You are not afraid of anything; you can test your limits as much as you want’.

Given the situation in 2011, being Greek abroad was not easy.

‘You had to try a bit harder, to prove that you are not the lazy one. Using humour as an icebreaker worked perfectly back then’.

Lobbying is a tough industry:

‘You have to be diplomatic, to be professional, to be ethical, and to combine everything without creating any cultural issues: what might be a joke in Greece might not be a joke in Germany or the Netherlands’.

By the time she and her husband, who is an IT expert, were ready to return to Greece, they had formed a clear vision of what they wanted to do.

‘We had been involved in various projects in our respective industries and realised that SMEs [small and medium-sized entities] in Greece did not have access to quality services for IT or accounting and finance. So, we decided to create Quantum, a consulting company which combined our knowledge and experiences’.

After seven years, this vision is becoming a reality, as they have helped their clients come out of the difficult times and embrace digitalisation.

‘We educated them through the process, and explained that this is not something very expensive, you can have this kind of service and you can have it customised to your needs.

This is the culmination of an ‘evolutionary journey’ in which Anastasia has been able to draw on her experience as accountant, auditor, policymaker and, now, entrepreneur.

As well as being an advocate for SMEs at the policy level, she mentors other entrepreneurs and shares her experiences with younger accountants.

‘I try to encourage them not to be afraid to take risks’, she says. ‘There are always ups and downs – I would not say I have presumably never made a mistake. But nothing changes without taking risks: even if you don’t like the result, you have learned something – whatever doesn’t kill you makes you stronger’. 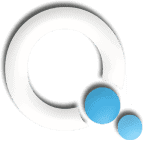 Created by Quantum Business & IT Solutions